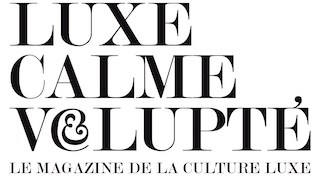 There aren’t many things that get me excited to head into the belly of the beast, which we call Midtown, Manhattan. The traffic is insufferable. There are too many tourists looking up and walking slowly. Taxis are hard to hail. And when you’re a Downtown kind of girl, really, Midtown just feels out of the way. But if you were to suggest a visit to the Giorgio Armani store on Fifth Avenue, you might be able to twist my arm.

The thought of slipping on one of his perfectly tailored suits, could get me get me to cross the 14th Street divide. But what about sliding into a seat at the designer’s brand new, eponymous restaurant? Well, I like to shop and to eat, so I make a mid-week, dinner reservation. The restaurant sits at the top of the four-floor boutique. There’s an elevator, but I advise taking the stairs, which looks like cream being poured from above. As you ascend, you’ll pass by both Emporio and Armani clothes and accessories. Once you’ve reached the top, the mood changes. Twinkling, rainbow-hued lights, black floors and furniture. You’ve entered an ‘80s disco. Instead of banquettes, sculpted, cushioned pods surround the larger, circular tables in the center of the room. The other dining chairs are oversized, overly heavy, and surprisingly comfortable. Although Mr. Armani sells a line of furniture, everything here is designed by Massimiliano and Doriana Fuksas. They’re also the architects for the space. The Chef is Lorenzo Viani, a longtime friend of Mr. Armani’s. Mr. Viani also has a restaurant in Forte di Marmi, Tuscany so the menu is heavy on seafood. I sampled a tuna tartare, a salad layered with Pecorino and pine nuts, a pistachio semifreddo. The ‘Bavette Sul Pesce,’ with pasta that’s cooked along with the fish, instead of in water, was sweet with flavors of the sea, and the best of everything I tried. In the future, I’ll bypass the desserts and stop on the third floor, at Armani Dolci and pick up some chocolates with the Armani stamp. And if you happen to pop in, the insanely soft, lambskin, laser-cut, cropped, panna cotta-colored jacket with a fanned peplum in the back, in a size 4 has my name on it. It’s $5400 and far more delicious than anything I ate.

If I ever want to wear Armani again, I’ll have to first head back Downtown to get my physique in gear. Physique57 is my newest obsession. The Soho location, at the corner of Spring Street and the Avenue of the Americas is located just through the lobby and past the newspaper stand. Fortunately, there are only 4 stairs leading into the building, because for the 12 hours following a Physique57 class, stairs are the enemy. Physique57 is the creation of Tanya Becker. She studied the exercise routine created by the world famous ballerina Lotte Berk and adapted that routine for a more mainstream clientele. Ms. Becker and Jennifer Vaughan Manaavi opened their first location in 2005 on West 57th Street. Their Hamptons location soon followed and this past winter, we Downtowners finally got our own Physique57. There are three studios at this new location, all equipped with a ballet barre and mirrors. Two of the studios feature wall-to-wall blue carpeting, to make things a little easier on our knees and backs. The class is a mix between ballet, pilates, weight lifting, and core work. And it is 57 minutes of nearly constant burn. Jane Fonda would be proud. There’s a lot of pelvis thrusting, hip rocking and moaning. Yes, it all sounds rather sexual. But the sexiness is in the results, visible on the regulars. They’re the ones with the lean, long arms and legs. Their stomachs are on their way to six packs, and their butts are firm. And they’re usually sporting big diamond rings. I often wonder if they got the body before the ring, or if once they get the ring, they then have more time to cultivate that body? 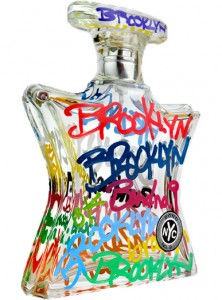 Some are for women; some for men; some for both. Brooklyn joined the ranks in February. It’s masculine, but hardly overpowering thanks to the grapefruit.

I may not wear a big ring, but I do wear a whole borough. That’s right. My new scent is Brooklyn, named after one of the city’s five boroughs. Why would you want to smell like part of the city, you ask. Well, if the notes are of cardamom, geranium leaves, cedarwood and grapefruit, you would. Brooklyn is the newest fragrance created by one of your own, the Parisian-born Laurice Rahme. After years with Lancome, Annick Goutal and Creed, she launched her New York-based perfumery in 2001. Walk through the streets of this city, and she’ll explain how she gets inspired to create her scents. Almost all of her 36 fragrances are named after neighborhoods. Some are for women; some for men; some for both. Brooklyn joined the ranks in February. It’s masculine, but hardly overpowering thanks to the grapefruit. For about two years, I’ve worn her Nuits de Noho. Noho is NY-speak for the area just north of Houston Street. The scent is a mix of jasmine, vanilla and patchouli. Ms. Rahme’s perfumes are so enticing, I could have moved into any of her neighborhoods. New Haarlem lures you with coffee undertones. Chinatown is tasty with a punch of peach and gardenia. Wall Street is rich even in a down economy with citrus and marine notes. Sadly for you though, these scents are not sold in France. You’ll have to come stateside to pick your ‘hood. These days, Brooklyn is calling. And now when I head to Midtown, I don’t need Armani to feel beautiful. A spritz of Brooklyn will do the trick.